thank u muchas for visiting.
i mean, it's been 11 months.
i appreciate it more than u know.

head on over to thejook.com/blog now.

i have never consumed so much, never in such a long stretch. counting hours in 20- and 40-minute episodes, counting seasons in days. is it me or does what u watch tend to blend together...? i found fringe shares similar otherworld themes with fullmetal, which in turn has similar elements to avatar. like shield-out-of-the-ground earthbending. avatar is an intelligent and creative high fantasy, heartwarming, mindblowing, mature and... epic. u forget it's a cartoon at times. highly recommended. i should've gone for justine's picks sooner hahah.

wicked was - wicked. i have never loved a character as deeply as elphaba. i relate to failure and tragedy, double-edged luck and double-edged family. i don't relate to sparkly shoes, but i do know about acquiescence and the irrational, selfish, self-righteous (and self-destructive) urge when u've had enough with the world.

a concise chinese-english dictionary is a predictable east meets west tale, written in broken english, a delicious study in clear communication. get smashed is a book about the growth and decadence of olden adland. i'm also on midnight's children, squeezing in bout a chapter every weekend. or so. or not. and newly borrowed: artemis fowl.

picked up bass:
at 2 strings short of a regular guitar, a bass is both simpler and more complex. simpler doesn't mean easier. in some ways it's like a beginner's guitar, limited, yet the constraints allow for (or in fact, encourage) more playful expression. which is where it gets complex. u do a lot with a little. u play a combination of chord, rhythm and counter tune. u get your own line. very interesting instrument.

meanwhile, my savings are running low. 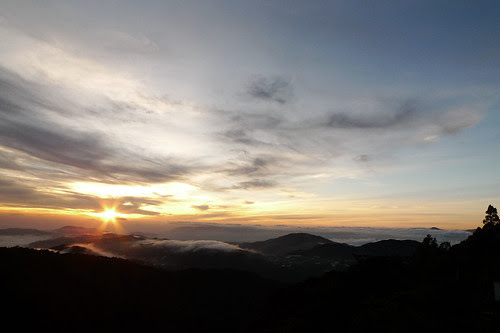 10 days into january, at 5 in the morning, i found myself perched atop gunung brinchang, cloaked in a chill, greeting the dawn. with me were a gang of fellow weirdos, sharing what was probably our first epic scene of the year.

thanks are in order for hamyu, who discovered the place while lepakdriving on his own. i told u we were weird. manoeuvring the treacherous road in the inky fog, finding the comms tower at the peak, and the watchtower beside it, are now new images of cameron to me - cameron, that timeless highland retreat that calls to mind classic sights of tea, strawberries, flowers, cacti, strawberries, cacti, flowers, tea. i'll save u time. here's a little collage of textures.

to explain the metal bits - sm's brakes protested after the awesome sunrise, so off we went and found a quaint cottage garage to fix em. not one to waste time, ch whipped out his canggihfied camera and took probably another hundred portraits - which got me shooting too. a great teacher inspires, like they say. i don't take good portraits myself, so i tried using people differently. and on the whole i also tried more vertically-oriented shots. 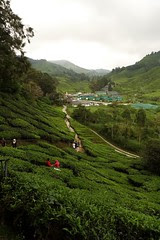 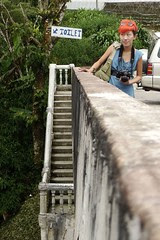 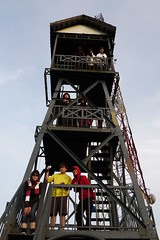 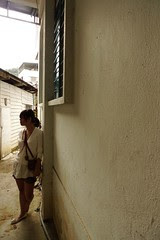 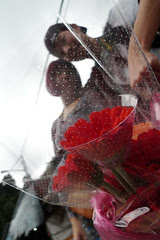 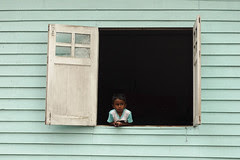 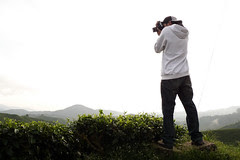 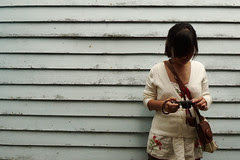 and here's a picture of all of the fun bunch (disregarding the irrelevant uncle...) 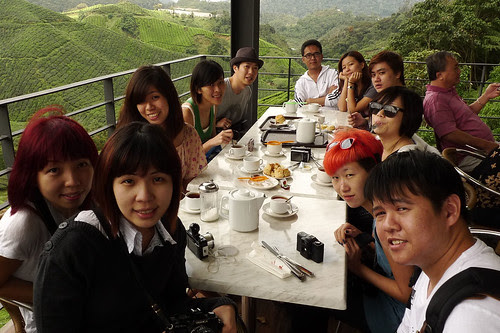 
the other day i was paying my credit card bill, and saw my diving gear in it. it's funny how technically i haven't paid for them, yet they've already been used, cleaned, dried out for a week, and stowed away. so without further ado: 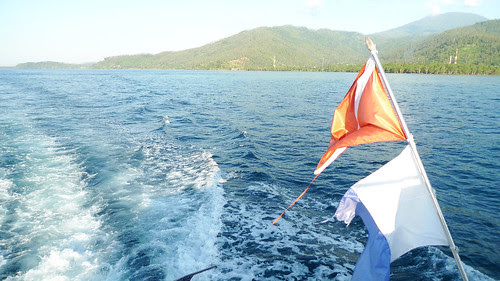 4 hours from lcct is manado, and 1 hour from sam ratulangi airport is tasik ria resort. being in the east, the sun sets earlier, the skies are clear, and the night is deep. nothing to shoot outside, so here's what it looks like inside. 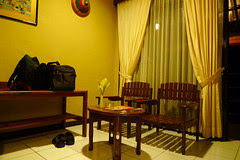 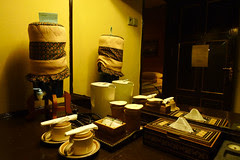 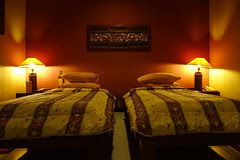 - spacious foyer for all your gear
- toilet, cupboard and dresser in a connecting corridor
- swanky bedroom

day1: 11sep09
tested out my newly bought casing for leaks. it may seem like 100 bucks for a canggihfied ziploc bag, but within 1 dive, it was all worth it. 4gbs of underwater shots with nooby wb, and it was still worth it.

day2: 12sep09
didn't have the patience to hunt for macro stuff.

- me and bro with siang, trip organizer, who bought the same wetsuit
- pressure makes the gladwrapped lx3 inoperable beyond a certain depth
- spot the crab!

day3: 13sep09
had a little more patience to hunt for macro stuff.

- this sea cucumber raised its head to greet me, but i couldn't catch it
- the colours are less distorted when < 10m
- seahorse(s)!

day4: 14sep09
took a van to another part of sulawesi. at a port, amidst huge commercial, fishing and police ships, we pushed off on 2 sampans to see lembeh, critter heaven. had the lunch of my life on the boat roof, replete with scenic view and straits winds. 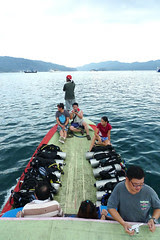 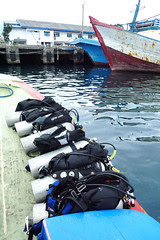 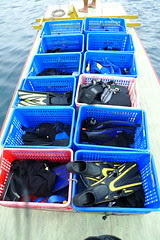 - setting off
- with tanks on deck
- and gear on roof

day5: 15sep09
lepaked half the day around tasik ria, and finally had time to see the quirks of the whole place. headed out to town for a late lunch, a place called city extra, that had its own jetty. here’s the inherent drama of manado - there’re jetties everywhere! 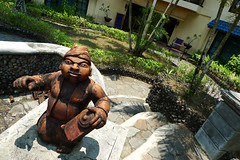 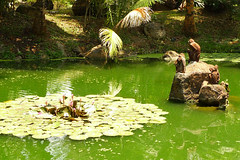 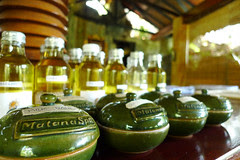 - there's a whole set of these little carvings around tasik ria, they form a band
- monkeys by the lily pond
- sulawesian spa magicks 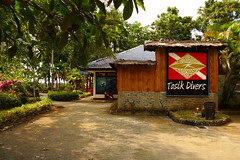 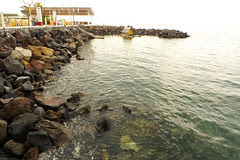 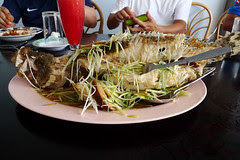 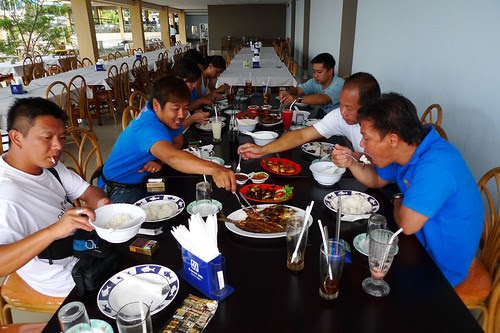 - farewell to the motley crew

my beginner's dive logbook is finally out of pages. 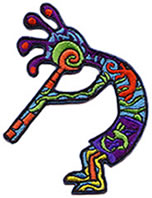